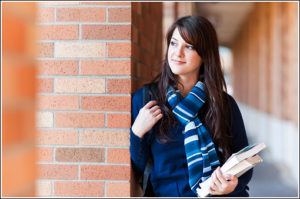 Faith Conquers All. The word “FAITH” is a word commonly used by many people.

What is surprising however is the fact that many use the word without even knowing what it means. Faith in simple words is a “having a strong believe in something”. In the Bible – in the Book of Hebrews and Chapter 11 – Faith is defined as an assurance of things hoped for.

The point we make is that faith is not something we see, it is something we chose to believe in and that is the difficulty some persons may have with Faith. Many of us always ask questions like “How do you believe in something that you can’t see?”

In all honesty that is an answer many persons will have challenge answering but we can relate to the effects of faith. Further to this – others consider the answer to this by creating a parallel with electricity. The idea is that persons cannot see electricity, but they can feel it or the effects of what electricity can do. What must be considered as well is the importance of faith.

As this excerpt was given…personal story recounted

The highest point in my life where I had to count on faith was in the University. I know many people also have issues at the University, believe me, I know how you must feel because I felt the same way. In fact I still feel the same way at times. There were several times that I was mocked because of how I looked. I’m not the most physically imposing person, yes I am a short person by nature and many people have called me dwarf. At some points in time I even hated myself for how I looked.

The fact is that in the society in which we live, we will often be faced by problems. Furthermore the university which is even a smaller environment especially is a place where faith is needed to survive or keep out of trouble. In those periods in the university where I was made to feel like I don’t fit in, and those periods where I wondered why I was born – I Chose To Have Faith.

What kept me from probably standing by the road side or even kill myself was because I had faith in God. I hung unto the hope that one day things were going to change and life was going to get better for me. At first it seemed not to be working but with continuous prayers and with the help of those few who had my back, things eventually started to change. Mind you, I am not the most religious person on earth but believe me faith did get me out of certain situations, and I believe it can help you too. After I wrote my second semester exams I failed woefully. I was mocked even by my close friends. I felt bad BUT, I did not give up, because of the same faith which I mentioned before. I prayed and worked hard, focused and now I am one of the persons in my class respected because of the good grades which I scored in my exams.”

It is good to note however that the fact that you have faith and hope for better days ahead, does not mean problems won’t come your way. Those obstacles are simply to test how strong you have become. In such situations don’t give up, you are just being tested. Everything happens for a reason and what is going to help you is your ability to have faith and hope for brighter days.

[Editor’s Note: FAITH CONQUERS ALL was written by: Bryano]

Life Is More Than Physical