Skip to content
Faith-Talk
Home My Testimony What we Sow…

Sometimes when we interact with persons, we do so on a superficial level, just to gain the benefit of getting what we may want from the individual and moving along. However sometimes, just sometimes – it takes us going a bit further in that relationship particularly if the likelyhood of it being a recurring interaction.

Of course in some parts of the world – it is frowned on as we may be seen as inquisitive…However in many other parts this is a way of life. It is important that each human interaction is cherished, for we do not know what that individual may be dealing with on a personal level. For example, one of our team members interacted with a car-washer as they exited their vehicle and the car-washer approached to gain the opportunity to wash the car. The team member was indeed delighted to just have this done and the car-washer did his job meticulously and waited patiently until the team member returned. Ideally, the transaction would have been completed on the return and the payment made. In this case, the team member having no change small enough to offer the car-washer gave the car-washer what they had in hand, which happened to be more than five times over the value of a simple wash.

The team member indicated that maybe sometimes it is just how we treat a fellow human that can make such a significant impact. The car-washer at one point said that, “it felt safer within the prison system as there was some ‘family’ feel within the judicial system...”. However – the team member gave him hope that he as a car-washer can make it on the outside, because there was some level of trust and also a reward without a motive.

Many times we have to consider our community and recognise that it is important to give that human interaction a sincere feel, for we know not how this will change a life. By extension, one can consider that the car-washer may have the ability to provide just a bit more for his family, as well as for himself and is disposition. It is always important to consider how our actions and body language can contribute positively or even negatively to our circle of influence.

This automatically goes into the space of The Golden Rule – “What We Sow, We Will Also Reap…” 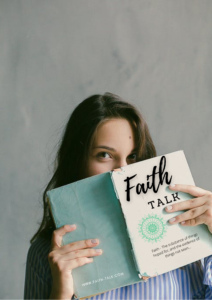